The Park and Resurrection 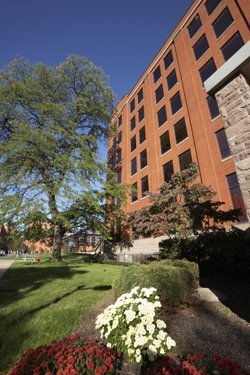 The park and resurrection. That's the title of a recent Rochester City Newspaper article highlighting the economic importance of Eastman Business Park and the growth of some of our tenants, like Natcore Technologies.

This article details the types of industries that we are attracting to EBP and the companies who have found success here:

Mark Peterson, president and CEO of Greater Rochester Enterprise is quoted as saying "These three industries build on Kodak's history as essentially a materials science and chemical manufacturing company. They use the same lab, manufacturing, and industrial equipment and infrastructure that Kodak traditionally used. Businesses at the park are essentially taking Kodak's processes and adapting them for their needs".

EBP Director Mike Alt sums why this facilty is attracting high-tech companies. "If we were just offering space, we probably couldn't compete. We want to offer the ability to solve your technical problem and then give you one of the best places in the US to do your manufacturing."