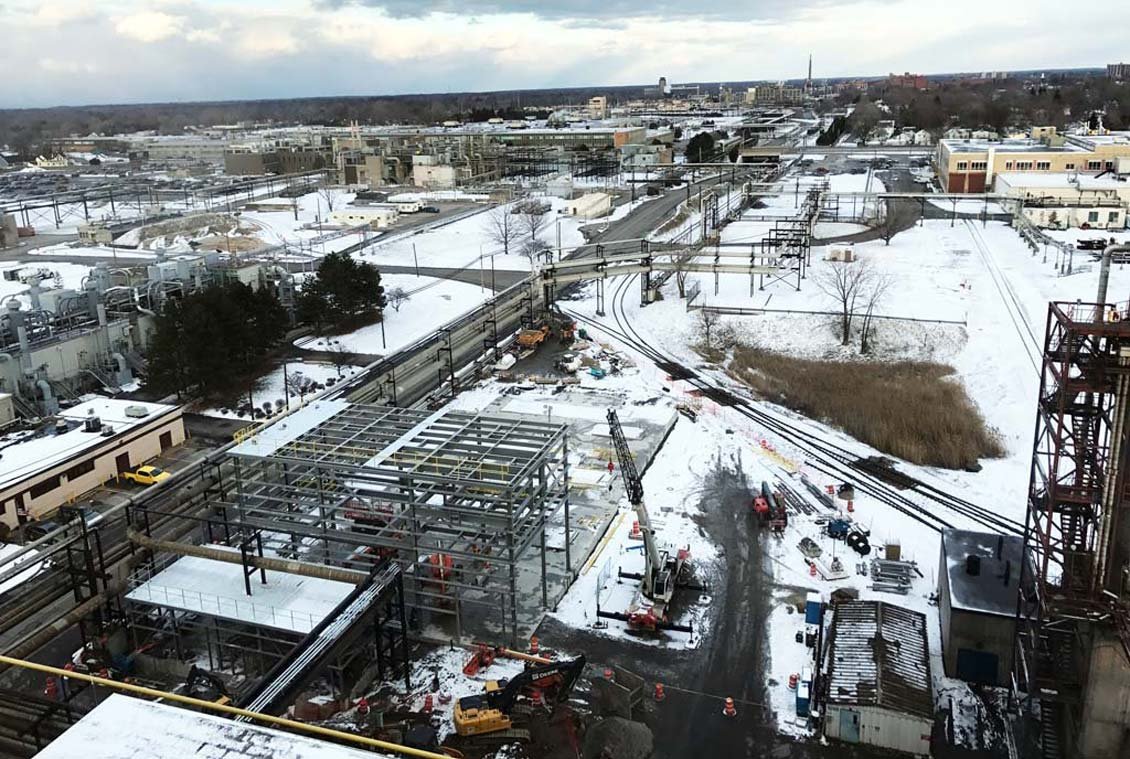 The first week of February proved to be a busy one for the Eastman Business Park conversion from coal to natural gas energy project with RED-Rochester. This on-going project is designed to eliminate emissions of sulfur dioxide and greatly reduce other emissions to become more environmentally friendly and promote sustainability.

Since our last post with an update review, progress continues to be made with the instillation and testing of the gas line to the burners. In addition the structural work with steel beams continues.

The gas line going to 44 boiler was completed as far as it can be until the boiler is removed from service in April to make way for the new one. The new gas line was leak tested with nitrogen last week and the line was blown off with nitrogen to remove any debris. This process took approximately 6 to 8 blows per section to get a clean target. Once the blow off was completed the gas line was charged with a 5# nitrogen blanket to keep moisture out. Currently, electrical conduit and air lines are being run to the natural gas skids and gas lines are also getting fresh coat of yellow paint.

While this gas line was finalized and tested, steel continued to go up on the on B-371 construction site. In addition, the corrugated metal roof started to be put on the bay for #45 boiler as well as some of the yellow railings. The #45 boiler is ready, loaded on a rail car and has left the Rentech plant in Texas. It should be arriving in Rochester by rail in about 5 weeks for installation. The images below show the boiler on the rail car. The blocks on either end are for counter balance weight. #45 boiler is the medium pressure boiler that will be used in the bay on the west end of B-371, supplying 260# steam to the 260# steam system.

Conduit continues to be run for power from B-321 to B-372 and electrical panels have started to be installed in B-372. Boulter installed a steel I-beam needed for added support, this is the only section remaining for the 4” conduit to be installed. In addition to this conduit work, the industrial sewer tie in has been ongoing for the last 2 weeks.

Continue to check back regularly as we will be adding new updates on the progress of this project on-going.